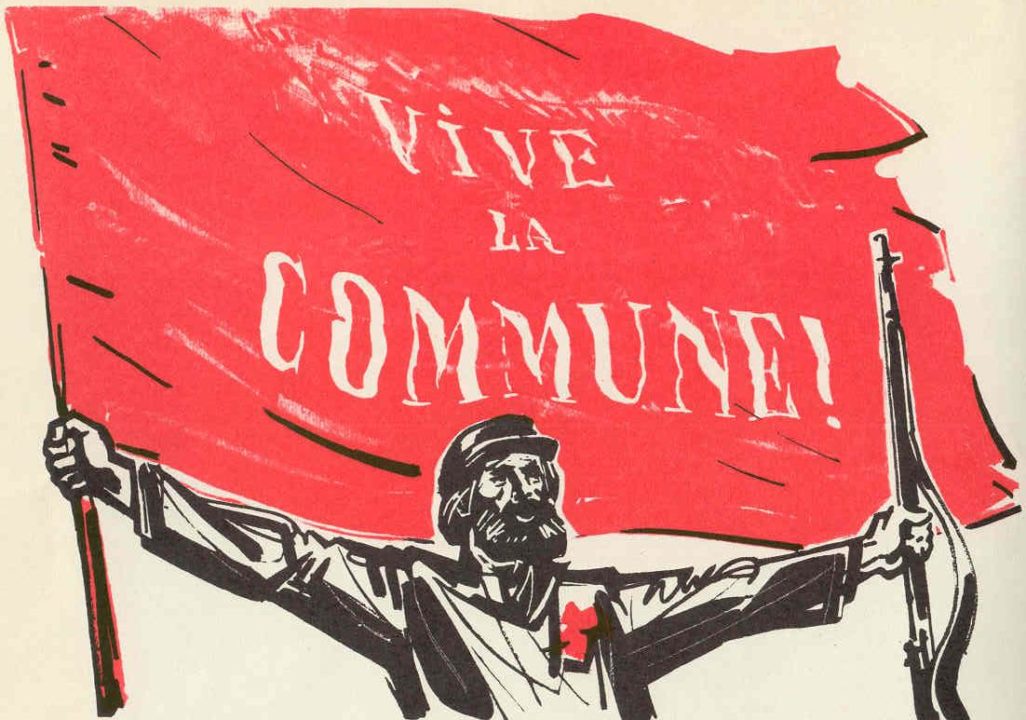 On February 17, the website of Jacobin Brazil magazine published an article wrote by the political theory professor of London School of Economics and Political Science, Bruno Leipold. The article is titled “Democracy is in crisis and Marx can help rescue it” it is interesting mainly as a remark on how Marxism can turn into anything in the hands of an academic.

The article purposes are to use some of the ideas of the revolutionary and founder of historical materialism, Karl Marx, to help “rescue” the democracy in the world. The author then, transforms, or tries to transform, Marx into a democrat. But what would be the reality of that?

Put this way, at first glance the idea of a democratic Marx who would provide ideas to save bourgeoisie democracy in crisis seems very absurd to anyone who knows the work of the German revolutionary. But the debate opens up some interesting possibilities to clarify some ideas about current politics and Marxism’s own conceptions of democracy.

The author begins the text by stating that “socialists around the world are aware that the movement for a fairer social order is inseparable from the impulse for the democratization of our political systems.” It is not clear at any point in the text what exactly this “democratization” would be, that is the object of concern of the socialists. What we have is a general idea that the author refers here in the first place of the so-called “democratic institutions”: suffrage, parliament and executive institutions.

Would Marx back the bourgeoise institutions?

Although is correct to say that Marx advocated for the increase of radicalization of democracy, since he considered this fundamental point for the progress of the struggle of the working class, it is false that Marx was an apologist of the institutions.

Marxism is the heir of the democratic ideas from the most radical sectors of the revolutionary bourgeois that was useful to overthrow the aristocracy and absolutist dictatorship. Without this, the Marxists understand, there is no possible way to victory for the working class. Put in another way, without bringing bourgeoisie democratic rights to the last consequences, the working class will not have full conditions in its struggle for power, a power that is the purpose of this struggle.

Two conclusions are drawn from this idea. The first is that socialists – Marxists – are the most radical defenders, today, of these bourgeois democratic rights. Freedom of the press and expression, freedom of organization, demonstration, full and wider freedom of political participation for all people, etc. Nowadays, with the bourgeoisie in full decay and, therefore, reactionary, the Marxists are the ones who defend the bourgeoise democratic rights. And precisely because of the reactionary character of capitalists, the so-called democratic institutions have become dictatorial bodies that must mostly be overcome and even destroyed in order to experience a real democracy (we will return to this topic a little later).

The second conclusion is that, it only makes sense to defend these institutions assuming that they are in fact democratic. It makes no sense to defend suffrage in the abstract, but only in the sense that it really is, although limitedly and distortedly, an advance towards the power of the working class.

In this sense, when the author states that “democracy is not alone an essential precondition for building socialism”, there is an abstraction that is difficult to understand here. What would this democracy be? //Not any democracy, but precisely one that favours the increasing control of the political regime by the people.

Democracy or dictatorship of the proletariat

The error of the author of the article is childish, because when talking about a “democracy” in Marx he ignores a central problem in the work of the German revolutionary: the dictatorship of the proletariat. Through the observation of the Paris Commune in 1871, Marx and Engels drew definitive conclusions about the functioning of the State and how the working class should behave in face of sizing the state machine.

It is not wrong to say that the dictatorship of the proletariat is the most democratic regime possible, and at the same time, the beginning of the disappearance of the state and, therefore, of democracy itself. Unlike the author of the text, socialism – at least the socialism of Marx and Engels – does not have as outcome the democracy, but the extinction of the state as a way to a classless society. Socialism, therefore, is not the radicalization of democracy, but the establishment of a new social system, without class oppression, because of its way of organization without divisions within society.

The author of the text simply ignores this fundamental idea and turns Marx into a bourgeois democrat. And what’s worse, in a moderate bourgeois democrat, who would defend the failed democratic institutions of the current imperialist regime.

The complete decadent capitalism regime called imperialism, is the denial of the capitalist regime on the rise and in its full form. The latter hasn’t existed in over 100 years. It was a democratic regime, in the sense that, for some time (very short), it guaranteed the exercise of democratic rights and freedoms. Imperialism, in turn, suppressed this democracy. What exists today is not even a shadow of that democracy. And it is not possible to “rescue” it: this is an anachronistic thought; democracy is something that has passed. It was overtaken by the upper stage of capitalism, imperialism, an undemocratic regime. The role of Marxism, therefore, is to provide the theoretical basis for the suppression of imperialism and, along with it, of the rotten institutions that are still claimed as “democratic”.

Having said all this, it is necessary to conclude by explaining precisely the character of democratic institutions today. As we said above, the capitalist system is in its decadent stage, so the bourgeoisie once a revolutionary class in the 17th century to the mid-19th century, became an openly reactionary, counterrevolutionary class.

Today, capitalists act to stop revolution and socialism. Democratic institutions must be regarded in this context. They have become dictatorial bodies whose function is to ensure the dictatorship of the bourgeoisie.

The crisis of democracy with which the author of the article is concerned is nothing more than the expression of the crisis of capitalism itself. For Marxism – and logically according to Marx’s teachings – it is about destroying the rotten and decaying capitalist regime, not saving it. But the fundamental democratic rights are being viciously attacked by capitalists as a way to ensure their dictatorship. The state institutions act against these democratic rights. Parliament is under control and, if it eventually gets out of control, the judiciary is triggered to control the situation and so on.

What is placed is the total overthrow of this dictatorial regime in all countries, dressed as democracy.