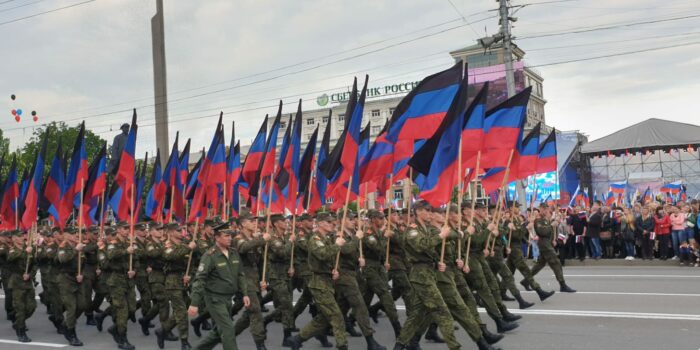 Austerity, the legacy of 2014 coup in Ukraine

In March 2014 the European imperialists coordinated the coup d’état in Ukraine. Barely have been consolidated, in April of that year, the new government began to attack the social achievements settled over many years, which had not yet been lost with the disintegration of the Soviet Union. The economy the former Soviet Union countries, deeply dependent on the export of gas, coal, and raw materials, was further pressured after the economic crisis that broke out in 2008. The importing imperialist powers (Germany being the main one) demanded a price downgrade.

The European Union and the International Monetary Fund supported the new Ukrainian government on the condition that it commits to taking – and repaying – a $27 billion loan. The condition for this was the application of a harsh austerity program against the working masses.

Social spending on healthcare and education has been cut. Civil servants were extensively fired. Pensions have been halved. The Ukrainian people as a whole and the population quickly began to pay for the crisis of European capitalism, as had just happened in Greece.

It didn’t even have to get Ukraine to join the European Union to start being squeezed. The national currency has been devalued, which has increased the costs of imports and paved the way for European monopolies to appropriate all of the country’s resources, such as its fertile land for agriculture, and to scrap the national industry.

It became evident that the mobilization of the “masses in the streets”, the “maidan square revolution”, contrary to what imperialism and the petty left bourgeois disseminated at the time, was nothing more than a farce.

In addition to the spoliation of Ukraine to make the population pay for the European capitalist crisis, the imperialism sought to extend control of NATO-dominated territory (North Atlantic Treaty Organization) to the Russian borders to contain Russia’s hegemony in the region and at the same time try to create a counterweight to possible increases in gas prices on which European countries viscerally depend.

Fascism a mob to serve the great European capitalists

Nazi-fascist groups were used as riot troops against the nationalist government of Victor Yanukovych, overthrown in 2014, and the population.

Just before the Yanukovych government were overthrown, American and the European imperialists tried to reach an agreement with Russia to impose a coalition government, but the most radical fascist sectors headed by Pravy Sektor (Right Sector) were opposed and a few days later ended up overthrowing the government.

Immediately after that, the new neoliberal government, headed by Petro Poroshenko, ordered the Pravy Sektor to bestow their weapons. A standard procedure lead by the regular government to legitimate these groups and make their actions be controlled by the state. Which means that fascist gangs were incorporated into the state repressive apparatus, integrating the police (SBU) and Armed Forces.

Even so, this and other Nazi groups remained very active. On April 6, 2014, less than a month after the coup d’état, a hundred neo-Nazi militants occupied Ukraine’s Supreme Court driving the ministers to running away.

The alliance of the imperialism with fascists dates back to World War II, when the collaborator of the German Nazi occupation, Stepan Bandera, began to be financed by the imperialism.

Several sources heard by the Workers’ Cause Party press confirmed that, on the road to power, as early as February of that year, Ukrainian fascists imposed on the Ukrainian Parliament the approval of an extremely harsh repressive policy against the Russian population of the Donbass, prohibiting the teaching of the Russian language in schools and their civil use, in the press, in the streets and in commerce. Most of the population in the region does not speak Ukrainian. Opposition newspapers were censored and opponents were arrested. The left-wing parties have been placed illegal.

The split of Crimea from Ukraine, which was desired by Russia long before 2014, instigated separatist groups tendencies of the Lugansk and Donetsk, besides other eastern Ukrainian provinces, after the 2014 coup. This region relied on the trade with Russia, they used to export manufactured products while Russia would sell them gas, but since Crimea separation the trade has been blocked by the imperialism sanctions causing serious troubles for their economy. It was a movement that combined the defence of the region’s economy (fundamentally, jobs and wages threatened by the austerity plan settled) with the fight against repression imposed by the Ukrainian far right.

In April 2014, thousands of pro-Russian demonstrators occupied several public buildings in the cities of Donetsk, Jarkov and Lugansk. Both Donetsk and Lugansk provinces declared their independence. they called a referendum which was held on May 11 and confirmed the separation. The situation has evolved into a civil war that has lasted eight years.

Rafael Dantas – Member of the national board of the PCO, also Secretary of International Relations of the Party. He has been working in the party press since he began his militancy in early 2000s. He heads the writing of Causa Operária Newspaper, being one of the responsible for the regular publication of the party’s printed weekly 14 years ago.