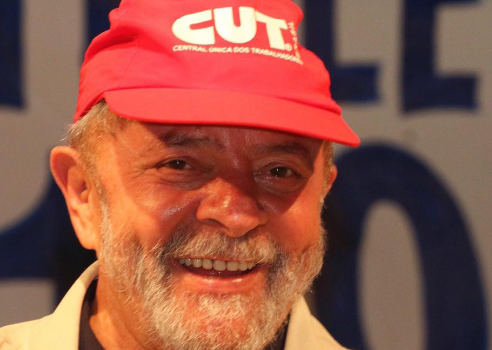 Now it’s time to step up the fight
For a government of the workers
No bosses and no coup plotters!

• For the fulfillment of the demands of the exploited people
• For the repeal of the “labor reform” and all attacks against the working class
• For the oil nationalization. 100% state-owned Petrobras, under workers’ control
• More funds for Health, Education and Housing
• 100% Salary Increase
• Reduction of working hours to a maximum of 35 hours per week, so that everyone can work

After many manoeuvres, coercion and attempts at new coups, the result of last Sunday’s elections indicated the victory of the candidate of the workers and of their organizations of struggle. The victory is the result of the huge popular uprising against everything that has been imposed in recent years since the coup d’état that overthrew President Dilma Rousseff (2016) and condemned and illegally imprisoned Lula, all to impose heavy attacks on the working people.

Lula has won despite the massive sabotage by vultures who posed as his allies and tried to prevent a campaign of mobilization and confrontation with the right. Lula’s victory is the victory of left-wing activism, of organizations that fight on behalf of the exploited, of Lula’s committees that mobilized against the coup and for Lula’s freedom, for the “Out, Bolsonaro” movement and for Lula’s victory in these elections.

The right wing will kick and scream and, before handing over the government, will try to attack Lula and the left (as they did with Dilma in 2014 and in the following years) and, if they are able to, they will try to overthrow Lula or take over the government by imposing the presence of rightist elements, who are enemies of workers’ demands and defend the interests of bankers and other capitalist sharks who want everything to remain as it is.

Urban and rural workers and their organizations of struggle, such as the Central Workers Union Confederation (CUT), unions, left-wing parties, popular and student organizations, etc. must mobilize to guarantee victory and prevent any coup attempt, taking to the streets and stopping the country, if necessary.

More than ever, it is necessary to unify the left in the struggle to confront the frame-ups of the Bolsonarista right wing and of the other coupist sectors in the streets and wherever necessary and to fight so that Lula’s new government will be a government of urban and rural workers, without traitors as we have had in the past, with the presence of representatives of the struggles of the working class and of all exploited people, Lula´s loyal allies and defenders of the interests of the majority of the nation against the bloodthirsty capitalists.

In order to organize this struggle, CUT and the major organizations of struggle must organize a National Congress of Rural and Urban Workers , with thousands of delegates elected in base assemblies, to approve a program and a plan of struggles for the next stage, in which there will be a very fierce dispute between those who have guaranteed Lula’s victory and want to change the country against the entire right-wingers who will seek to sabotage and stage a new coup against Lula and the Brazilian people. Proposals along these lines must be approved by the Unions and by popular organizations.

No time to waste, it’s time to roll up our sleeves!

WITH LULA, FOR A GOVERNMENT OF THE WORKERS